There definitely should be a reward from fishing other than discovering new fish. Guess what?  There is!  You can get several rewards from fishing whether they are housing decorations or pets.

When fishing, you have a chance of catching a chest instead of a fish.  These chests usually come with gold, equipment/pet/aquarium, and a reagent.  You can also sell the fish you catch for a good amount of gold depending on the size of the fish and the rarity of it.

The amount of gold you can get from chests average to around 1,200.  This is definitely a good amount of gold from just a single catch.  You can sell your fish in several places.  In The Commons, you can sell your fish to Lucky Hookline (the NPC that you get your first fishing quest from).  You can also sell your fish to Haarek Silverscale and Frode Silverscale who can both be found in Northguard, Grizzleheim.  The amount of gold you get from each fish depends on the rarity of the fish and the size of it too.  The average sizes of that type of fish can be sold for the least and the bigger or smaller the fish is, the more it will sell for.

Aquariums can be acquired from a chest but there are definitely several other ways to get them.  What is an aquarium for, you ask?  Aquariums are housing items to decorate your house.  You can put fish that you have caught in these aquariums.

Crafting is one of the most popular things that will be done with fish.  Yes, fish can be used as reagents in some recipes!  You can craft different tapestries, all the aquariums, and some pet snacks with fish. 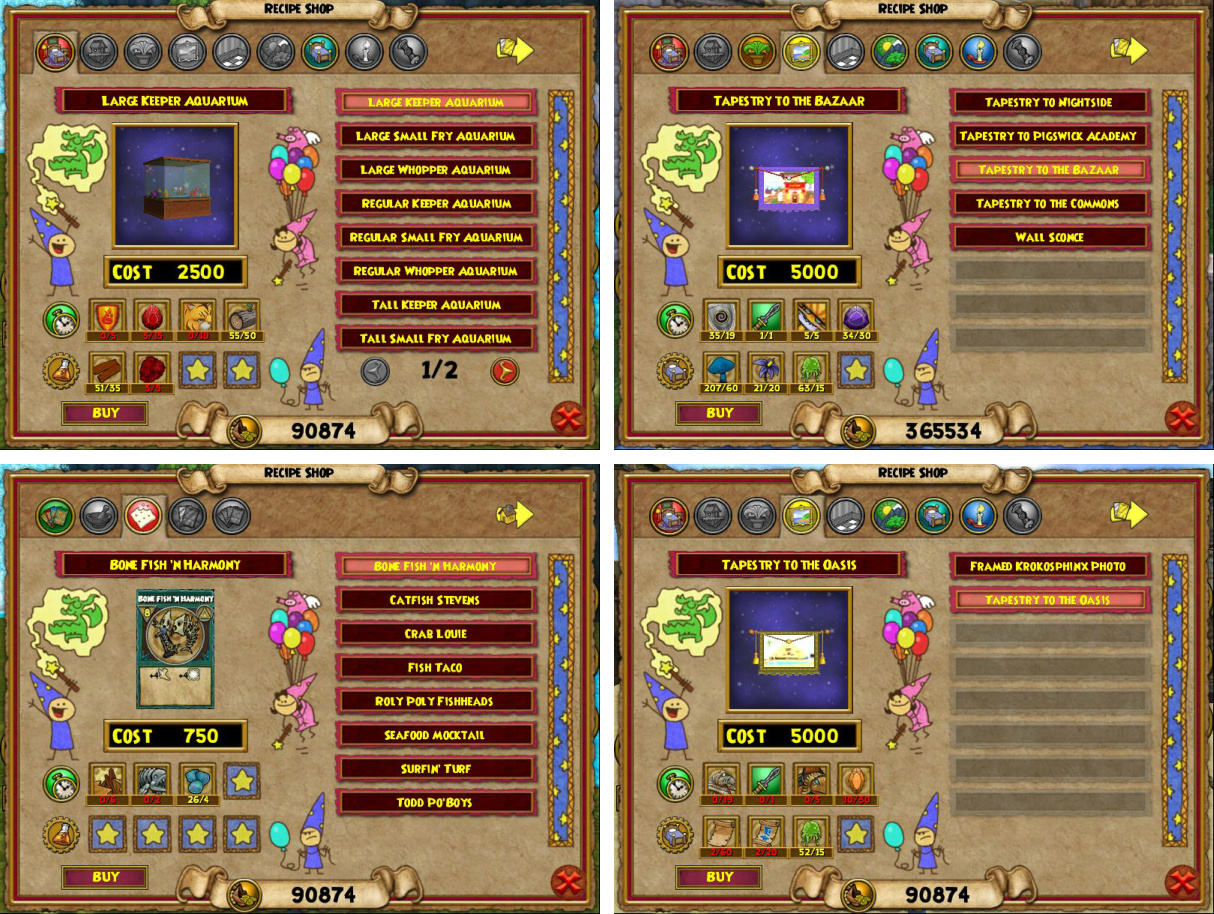 What Can We See n the Future?

This is only the beginning and I’m sure we will be surprised with a lot of different ways we can use fish.  Comment below other ways you think fishing can be used.

If you need any fish information, make sure to visit our Fishing Database!  If you have any questions, comments, or concerns, feel free to comment below!

This website uses cookies to improve your experience while you navigate through the website. Out of these, the cookies that are categorized as necessary are stored on your browser as they are essential for the working of basic functionalities of the website. We also use third-party cookies that help us analyze and understand how you use this website. These cookies will be stored in your browser only with your consent. You also have the option to opt-out of these cookies. But opting out of some of these cookies may affect your browsing experience.
Necessary Always Enabled
Necessary cookies are absolutely essential for the website to function properly. This category only includes cookies that ensures basic functionalities and security features of the website. These cookies do not store any personal information.
Non-necessary
Any cookies that may not be particularly necessary for the website to function and is used specifically to collect user personal data via analytics, ads, other embedded contents are termed as non-necessary cookies. It is mandatory to procure user consent prior to running these cookies on your website.
SAVE & ACCEPT