There are times when I just feel like taking a break from questing, farming or helping out other wizards  and I start poking around the spiral just to see what shenanigans I can get into.  When this mischievous mood takes over, I start messing around in unusual places just to see what silliness I can stir up.

I love taking screenshots and I try to capture things that are unusual so with screen camera in hand, and with a pranksters gleam in my eye, knowing no NPC or critter is safe I managed to preserve some giggle worthy moments to share with you.

Much to my delight, I discovered that Shadowfax, my newest Destrier Mount was as much a prankster as I was and he is featured in several of these moments of hilarity.

Poor Zeke was our first target. We snuck up on him REALLY quietly and Shadowfax gave a loud snort and well….Zeke has still vowed revenge for the startle we gave him. 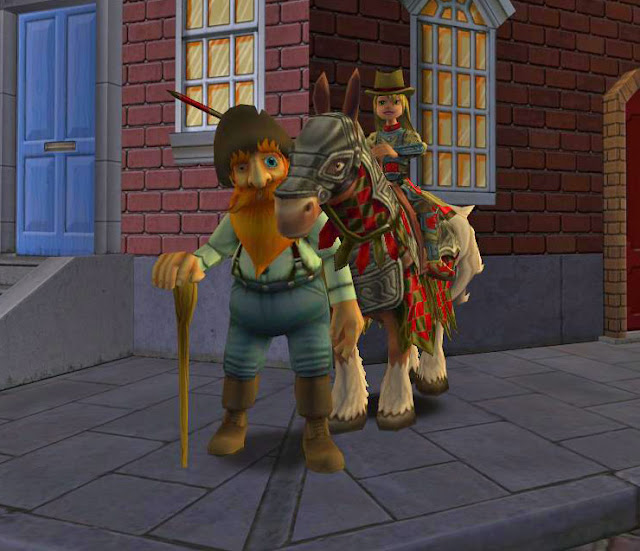 There are times that having such a willing mount with you even spices up your game time. Shadowfax is so excited about questing that he sometimes tries to join me in the fighting circles, much to the amusement of the mobs. 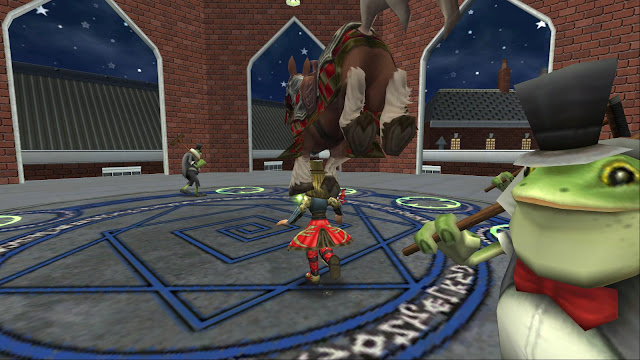 It’s not all pranks in these off questing journeys. Sometimes it’s just meeting some new friends and mooching some sugar cubes. 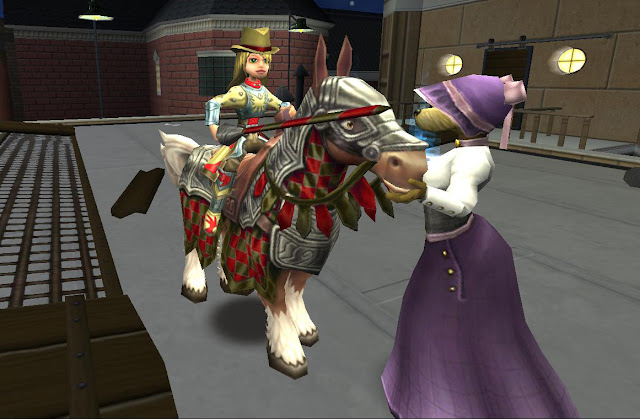 With the Zeke success fresh in mind I put the stalking and pouncing skills to work with my Celestial Wolf Mount and I found out what happens when you sneak up on a fellow wolf and howl at just the right moment. 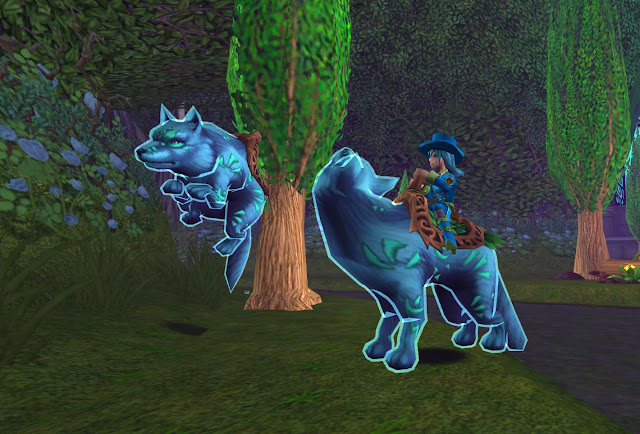 Poking around just for fun can be very educational too.  One day, at dusk, I was exploring Paige Moonshade’s Haunted House and while tiptoeing around I discovered how she lights those REALLY tall candelabras. 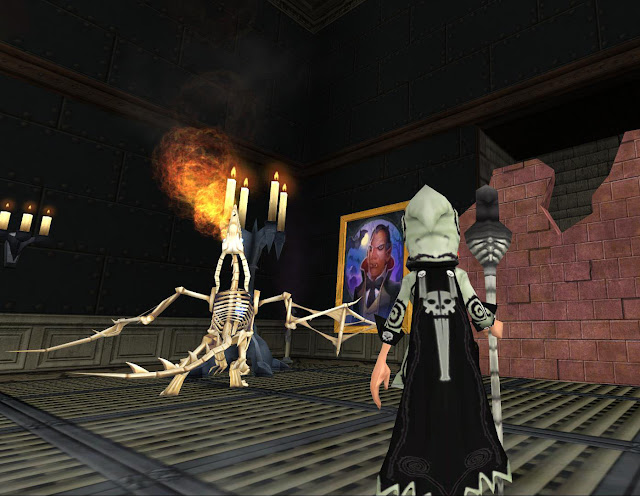 That day I also discovered that if you tell a Bone Dragon Mount a really funny joke, their laughter makes adorable firey bubbles. 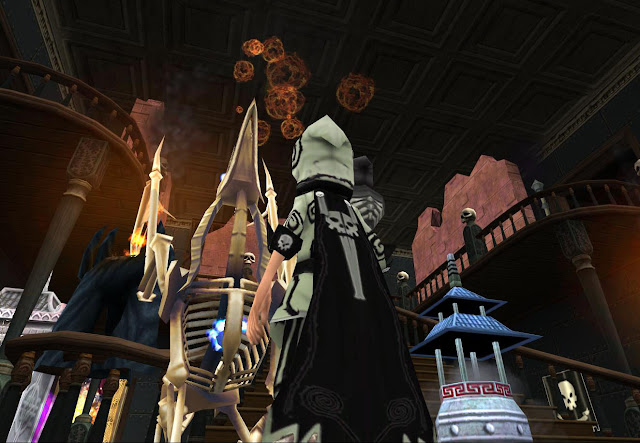 Pets also get massive cases of goofyitis  and I discovered that there is a wild and zany side to the stiff and disapproving Toucan’t. Mine seems to adore dancing the Funky Chicken. 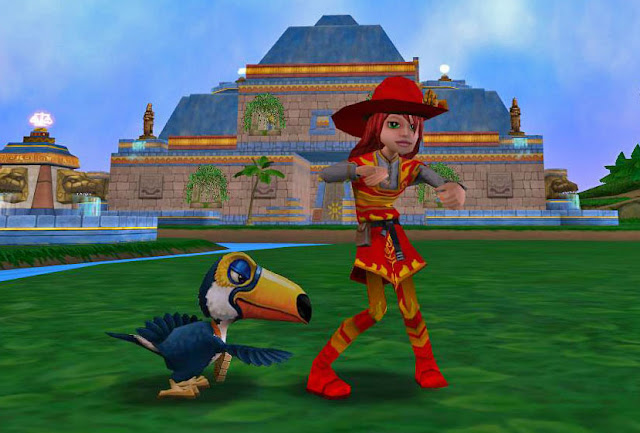 Sneaking up on bears and blowing raspberries is always fun but I do advise making sure you are on a really fast mount like Grumbles my camel for I have discovered that bears don’t have the best sense of humor around hibernation season. 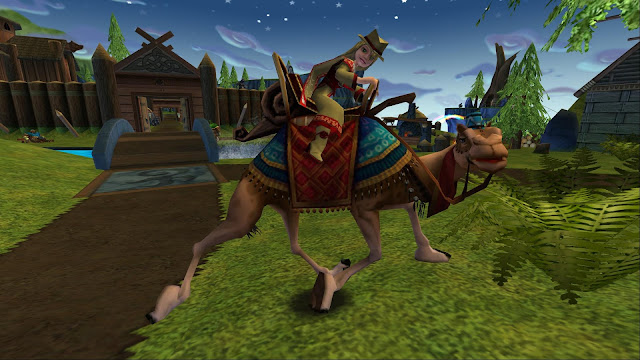 Being a known Spiral prankster, I have learned that what goes around, comes around in the shenanigans department. Many times I have been the target of sneaky NPC’s that love to get their giggles in and a sudden clutch by the cold hand of death will scare the willies out of any unsuspecting wizard. 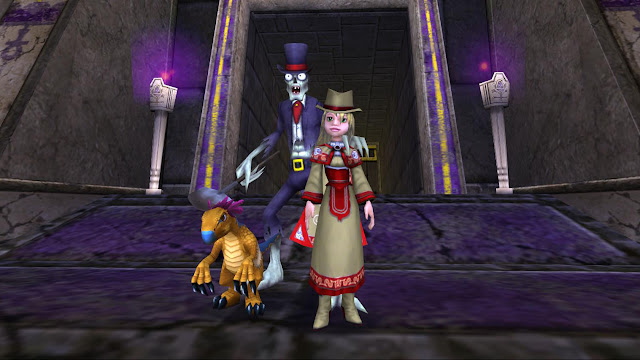 There is also an impish fire spirit in Krokotopia that loves to spring up out of the water, giggling maniacally while you are unsuspectingly focused on your fishing. 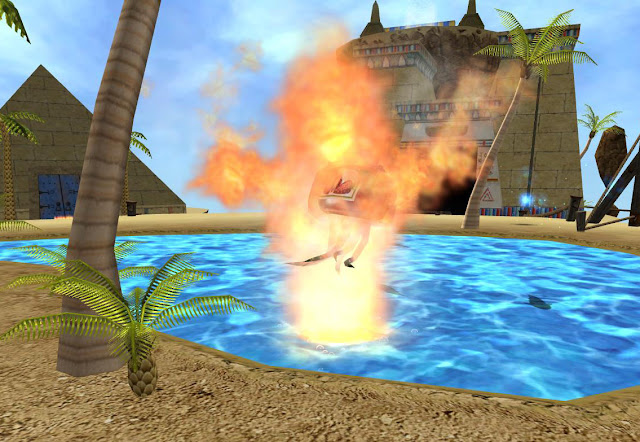 One must be careful with practical jokes though. One day Grumbles decided to plant a sloppy, wet kiss on Gloria Krendell’s glasses and found out the hard way that she wields her wooden spoon with a stinging expertise. 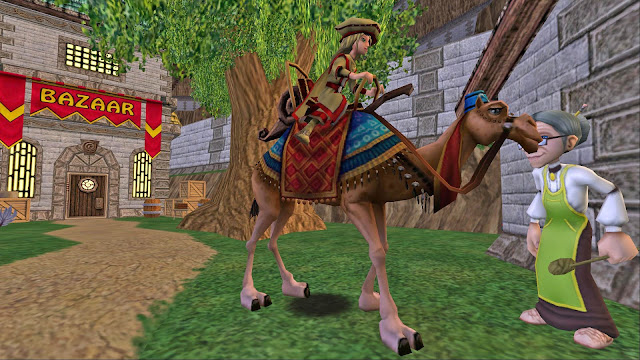 And speaking of practical joke precautions,  please make sure your target has a sense of humor. I am STILL serving weekly detention for that time I cast a lampshade spell on Professor Drake. 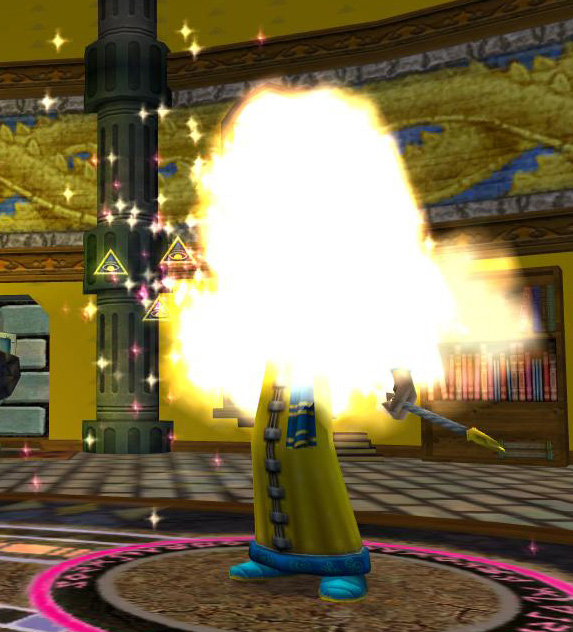 I am hoping I gave you some giggles with the shots of my Spiral Shenanigans and with a royal wave I am off to see what other mischief I can get into.  Muahahahaha! 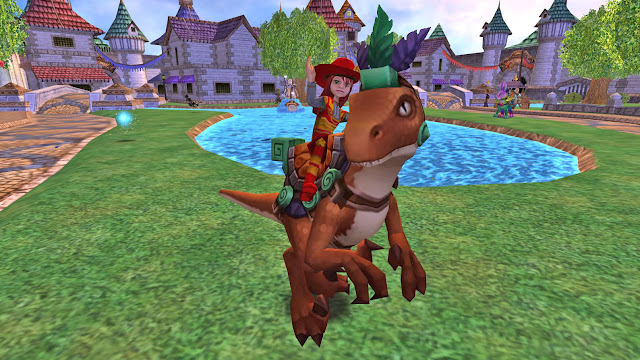 If you have some giggle worthy screenshots to share, please email them to us at: admin@adventuresofthespiral.com and we may feature it on a future post. Please be sure to include your wizard’s name and the names of any pet or mount prankster partners.

Blessings and giggles on your day

The Sharks and the Plan